As very well explained by David Mertz, a director of Python Software Foundation:

Main goal of this post is to have a quick look on some functional programming tools in Python, which are lambda reduce andmap . I will try to solve some simple tasks with functional and non-functional style. You can find a few more examples on the github repository.

Python supports the creation of anonymous functions (i.e. functions that are not bound to a name) at runtime, using a construct called "lambda". This is not exactly the same as lambda in functional programming languages, but it is a very powerful concept that's well integrated into Python and is often used in conjunction with typical functional concepts like filter(), map() and reduce().
If you are familiar with ECMA6, lambda has similar syntax with arrow => function.
Syntax: lambda input: output
You can use the given input, on :right side of colon.
Lets start coding with a function called reverseString, which simply returns the reverse of given string. You can write the code in regular function definition as:

And we can write the same function using lambda as follows:

Greet given name as Hello ${name}

lambda in Python comes with limitations, consider followings when using it:

Map function, iterates through given iterable and applies the given function on each individual elements.

map returns an 'iterator' object in Python, as explained in Python docs:

object representing a stream of data. Repeated calls to the iterator's __next__() method (or passing it to the built-in function next()) return successive items in the stream.

I am not going to deep dive into definitions and limitations on this post, let's get back to coding. To combine what we've learned so far, let's greet a bunch of people.

As explained in Python docs, we can use result of map function - which is map(greet, people) part- as iterable.
Also because map takes function as first input and lambda actually is a function, we can use lambda inside map definition.

Finally, we have a pure functional definition doing stuffs in one line of code. Let's check reduce function next.

If you are familiar with ECMA6 syntax, reduce in Python has quite similar syntax and functionality.
Syntax: reduce(function, sequence, *[initial_value])

The function reduce(func, seq) continually applies the function func() to the sequence seq. It returns a single value as explained in this document. 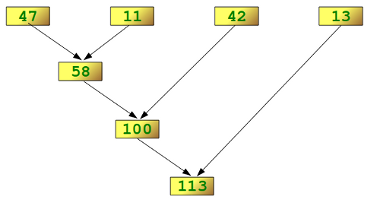 Returns the sum of numbers array, which is an integer value, instead array of numbers. So what reduce does is simply;

For example, we can code mean calculation function as follows:

Functional programming style written code co-exists very well with code written in other styles. The transformations in this quick post can be applied to any code base in any language. Try applying them to your own code.